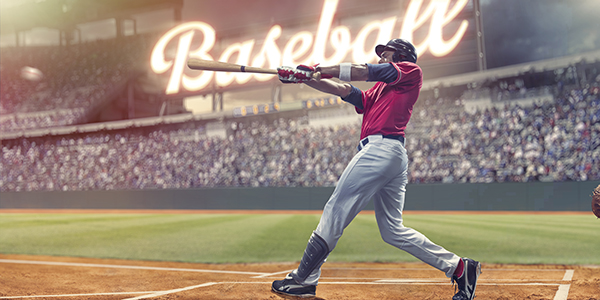 Starting with the “Moneyball” era in which the Oakland Athletics introduced the power of analytics into Major League Baseball, the use of data analysis has expanded in the National Pastime. While the Athletics remain the most famous example, they are not the most successful. That distinction belongs to the data-driven teams who have won the last three World Series: the Boston Red Sox, Houston Astros and Chicago Cubs. It’s safe to say, data analytics have changed baseball.

For those seeking an MBA with a concentration in business analytics, it’s an interesting new area to apply their skills. Expert-level business skills and expertise in leveraging analytics is a powerful combination in today’s sports world. And that goes beyond baseball and into the National Football League, National Basketball Association, National Hockey League and Major League Soccer. More teams are adopting analytics in each of these leagues with each passing year.

But it’s baseball where business and analytics experts will find the most interesting opportunities.

As famously documented in “Moneyball” by Michael Lewis, the Oakland Athletics in 2002 were asked by ownership to gut the team, slashing payroll. General Manager Billy Beane and his assistant, Paul DePodesta, decided to embark on a new strategy of using a data-driven approach to evaluate players. They faced stiff opposition from traditionalists – something also focused on in the film based on the book, starring Brad Pitt.

For those who want to earn an MBA in business analytics, the real takeaway from “Moneyball” was that old-school thinking is hard to displace. That’s something that happens not only in sports, but in all industries. Many businesses still remain slow to become data-driven, according to the Harvard Business Review.

A reluctance among some to see the advantages of analytics is part of the problem. That’s not the case in baseball, where success is apparent on the diamond.

While the Athletics have yet to win a championship using analytics, they’ve remained competitive in many years. Meanwhile, other teams (all with more money at their disposal) have won it all with a data-driven approach.

The Red Sox have won four championships since first hiring Tim Tippett, who designed the prototype for the team’s analytics computer program Carmine. Much has changed since then as analytics continues to develop and the Red Sox keep up with competitors, but one thing is certain: the Red Sox won championships in 2004, 2007, 2013 and 2018. That’s after not winning one since 1918.

The Astros also won the team’s first World Series after hiring data-driven general manager Jeffrey Luhnow, who famously dismantled the team and rebuilt from the ground up. This meant enduring losing seasons. Luhnow told McKinsey that he faced strong opposition to his system from traditional-minded coaches, scouts and players.

One lesson he emphasized that offers insight to MBA in business analytics majors is this: People always remember the negative more than the positives. It’s important to emphasize the positives to make sure people realize how far the business has come in a positive way.

“We had to wait and be patient. Because if you can’t get the coaches and the players to buy into it, it’s not going to happen,” Luhnow told McKinsey.

In 2016, the Cubs ended a 108-year championship drought by winning the World Series, led by the data-driven duo of general manager Theo Epstein and manager Joe Maddon.

A team worth following for analytics fans are the Tampa Bay Rays. One of the least-supported teams in the majors (only the Miami Marlins have worse attendance), the team also has one of the lowest budgets in baseball but continues to win. The Rays lead the league in innovation,  introducing the idea of an “opener” in pitching, in which a reliever starts a game pitching one inning. They’ve also been pioneers in many of the strategies listed below.

So, what exactly does a data-driven team do? How is it different? While that’s a closely guarded secret by each team that uses analytics, the following are a few strategies and statistics that have emerged as important.

Disruption is part of the process when a data-driven approach is taken. The idea of tanking is something being adopted by many teams, much to the consternation of fans. Attendance problems in some cities are likely driven by the fact that fans know a team is rebuilding. In 2017, ESPN believed about a third of teams were tanking.  But the success of the Astros and the Cubs, who endured losing seasons before winning, has inspired other teams to take a chance.

On the other hand, Luhnow told McKinsey that many teams start on a data-driven path but abandon it after two or three years because they “couldn’t stand the heat in the kitchen.”

Process improvement strategies such as Six Sigma and Agile emphasize finding out the true value of every aspect of a production process. What does the customer gain? If the action does not add value, it is eliminated.

In business, value is measured by what benefits end users. In baseball, it’s wins. General managers approach offensive player evaluation based on how many runs the player can manufacture. For pitchers, it’s how many they can prevent. An example of this is valuing a player’s on-base percentage higher than batting average. Or valuing pitchers who often induce ground balls or have a high strikeout rate.

Finding efficiencies that save money does not mean sacrificing quality. The Rays have especially been masters in this area, finding inexpensive players who contribute to getting wins. The most famous example of this is Ben Zobrist, a player who is never a statistical star but has the right mix of skills to lead to wins. He went on to win the World Series with both the Royals and Cubs.

Smart teams have also perfected the approach of trading young players to teams with more money before they reach a point in their contracts when they can demand more money or more control over where they are traded.

Home runs are exciting. So are triples, stolen bases and doubles into the corner. But data-driven teams are analyzing the game in a different way that involves statistics that 20 years ago were not used by many – except for Bill James, a pioneer in baseball statistics. They include the following.

Wins Above Replacement represents the value of a player in producing wins over what the average player would offer. This is now often used – even in the media – to represent a player’s contribution.

Earned run average is calculated by taking the number of earned runs allowed by a pitcher, multiplying by nine and dividing by innings pitched. ERA+ adds other information that paints a more accurate picture, such as ballpark dimensions.

The FIP only accounts for what pitchers control – preventing home runs, walks, hit batsmen, and strikeouts. Pitchers are not rewarded for the play of the defense behind them.

On-base plus slugging calculates the percentage of times a batter gets on base. Slugging is the total number of bases of all hits divided by the number of at-bats. The two percentages added together equal OPS. An OPS above .900 is elite.

Analytics have made baseball far more interesting. Teams that formerly had little chance of success are now competing for championships. It’s also made teams at the top of the league more competitive with each other. Proof of that is found in the fact that the usually dominant New York Yankees have won only one World Series since 2000.

For fans, it’s a good thing. For students in MBA in business analytics programs, it’s another career opportunity.

Focus on Growth in 2020 with an Online MBA

How Much Influence Do Your Influencers Have on Social Media?

How an MBA in Marketing Helps Make Graduates Better Strategists

When it's Time to Ask for Help

MBA or a Certificate in Digital Marketing: Which do you need for your career?